This page contains several imageplots of playthroughs of Gone Home (The Fullbright Company, 2013). Gone Home is an indie, first-person, narrative-driven exploration game where the player plays as Katie Greenbriar, a college student returning home from studying abroad. The player (Katie) arrives home to find no one home, and must search the house for clues as to where the family has gone and what happened there. The game is often heralded for incorporating LGBTQ experiences and narratives, and has become one of the most well known games in the “walking simulator” genre.

With each imageplot, you will find data associated with it. Each imageplot is made using a Let’s Play video from YouTube. For more information on how to interpet imageplots, see the About page. 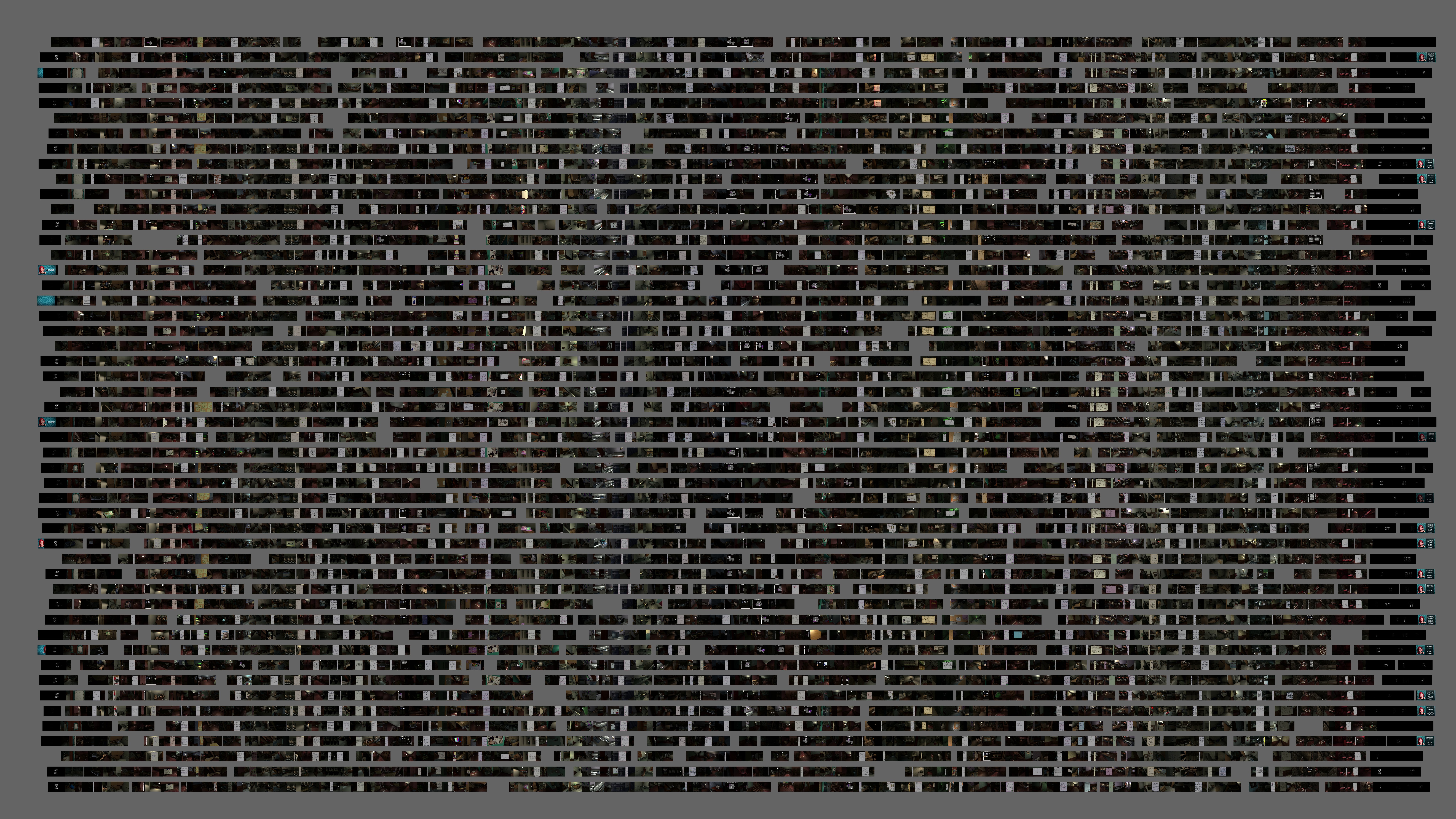 GH1 is pulled from a video of a general walkthrough Let’s Play video, meaning that the player likely isn’t rushing through the game nor is it their first time playing it. The imageplot reveals how uniform the environment and narrative of Gone Home is: the game’s colors and lighting do not change extensively throughout the game, and the player continues to encounter and read documents (the small white rectangles in the imageplot) throughout. 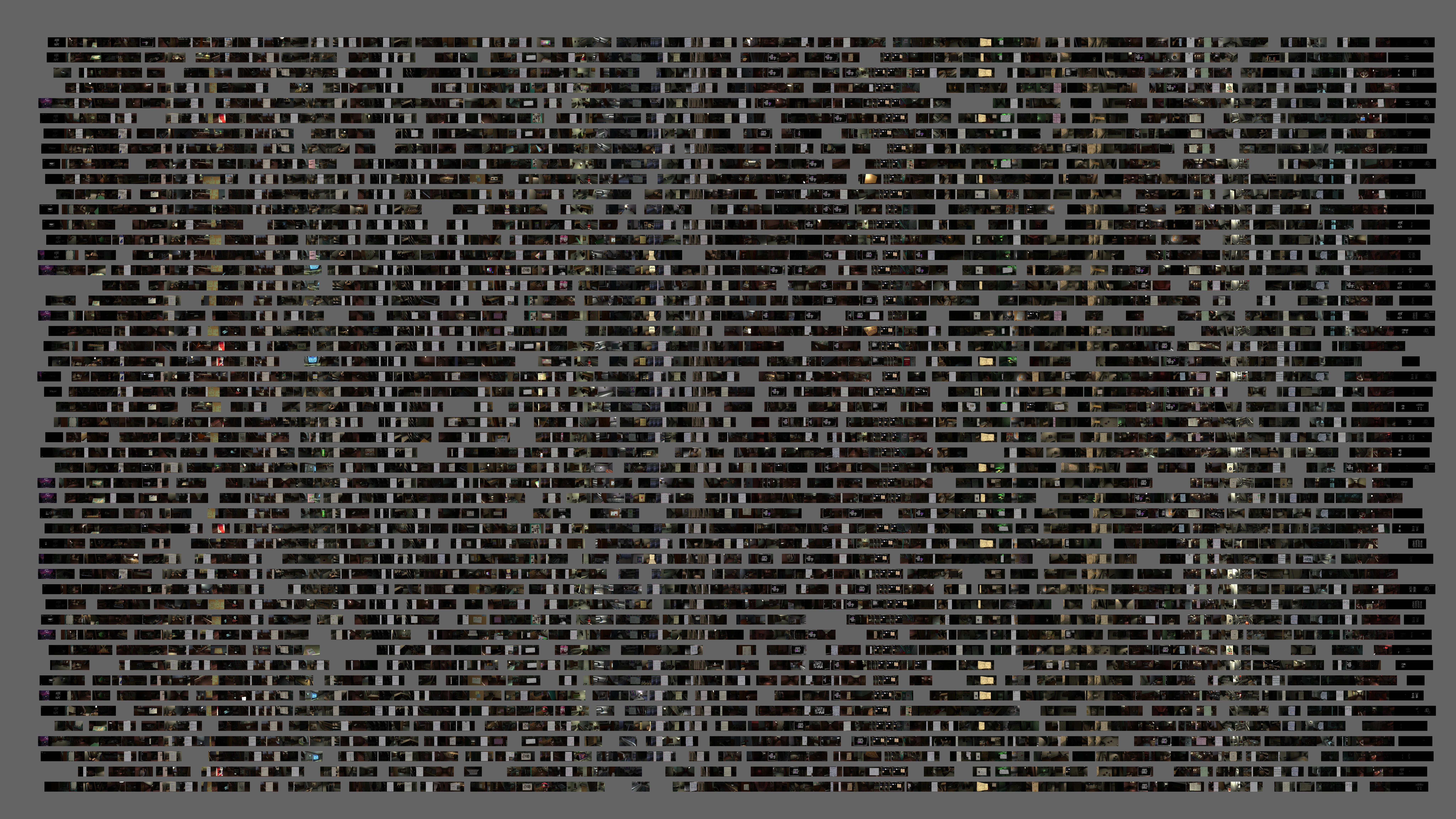 Like GH1, GH2 is pulled from a general walkthrough of the game, so it likely isn’t the player’s first time encountering it. Yet this playthrough is significantly longer than GH1, and differences in coloration reveal that this player returned to the same rooms multiple times. It consequentially took them longer to complete the game, and their playthrough is more varied. 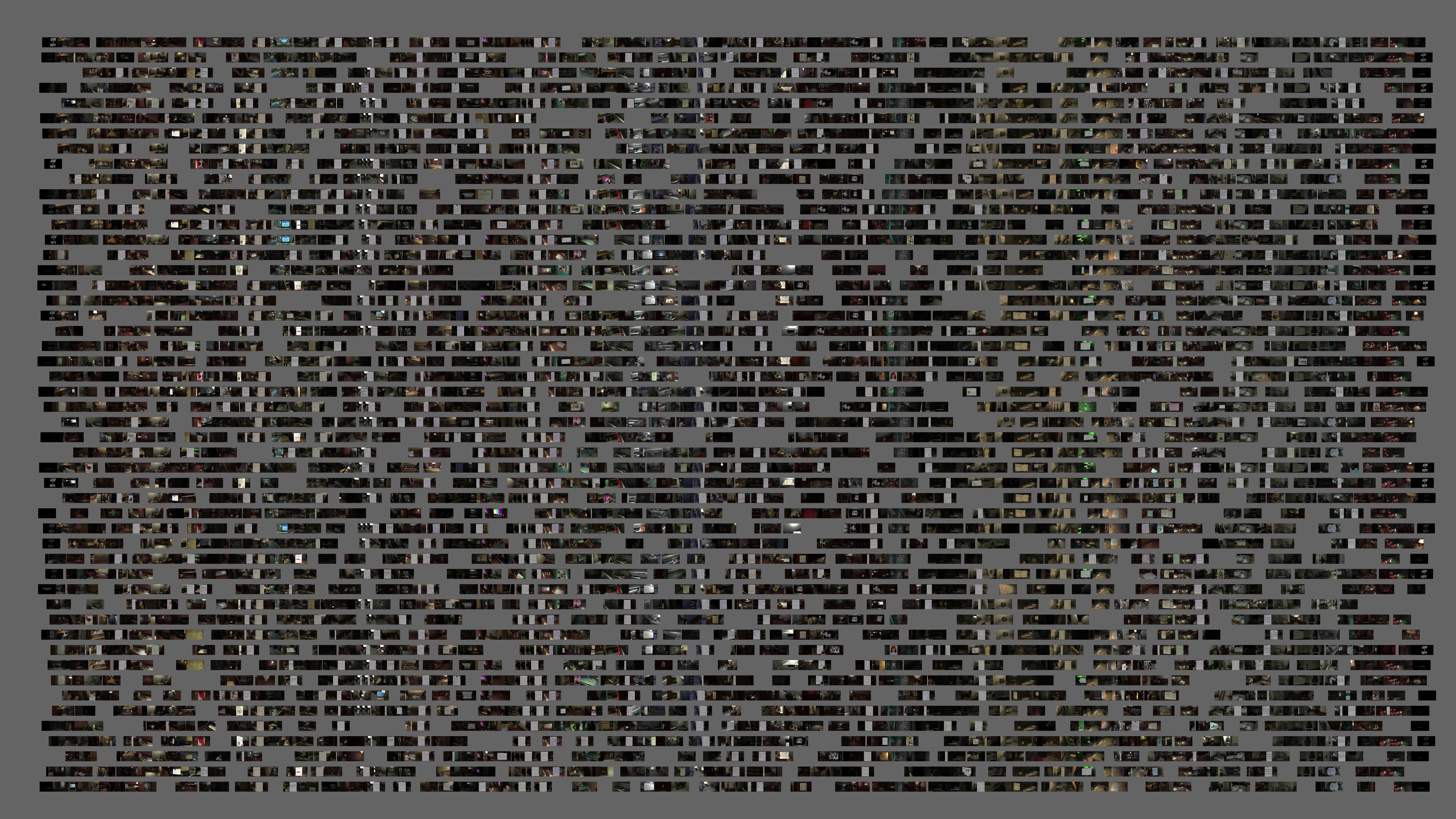 GH3 is the most recent playthrough, and settles in the middle of GH1 and GH2 in terms of time and variation. The player did not return to the same rooms as often as GH2, but still took longer to complete the game and had a more varied playthrough than GH1.