ImagePlots of The Vanishing of Ethan Carter

This page contains several imageplots of playthroughs of The Vanishing of Ethan Carter (The Astronauts, 2014). The Vanishing of Ethan Carter is an indie, first-person, narrative-driven game that fits loosely into the horror genre, though it draws on multiple genres at different points in the game. In Vanishing, the player plays as Paul Prospero, a paranormal detective who can use supernatural powers to reconstruct past events using the spectral traces that those events leave behind. Paul has been called to Red Creek Valley by Ethan Carter, a young boy whose family has fallen under the influence of a malevolent entity, causing them to try and kill him. The game suggests at points that Ethan Carter might be gay, and could thus be seen as a queer game.

The imageplots below are made using Let’s Play videos of the entire game on YouTube. 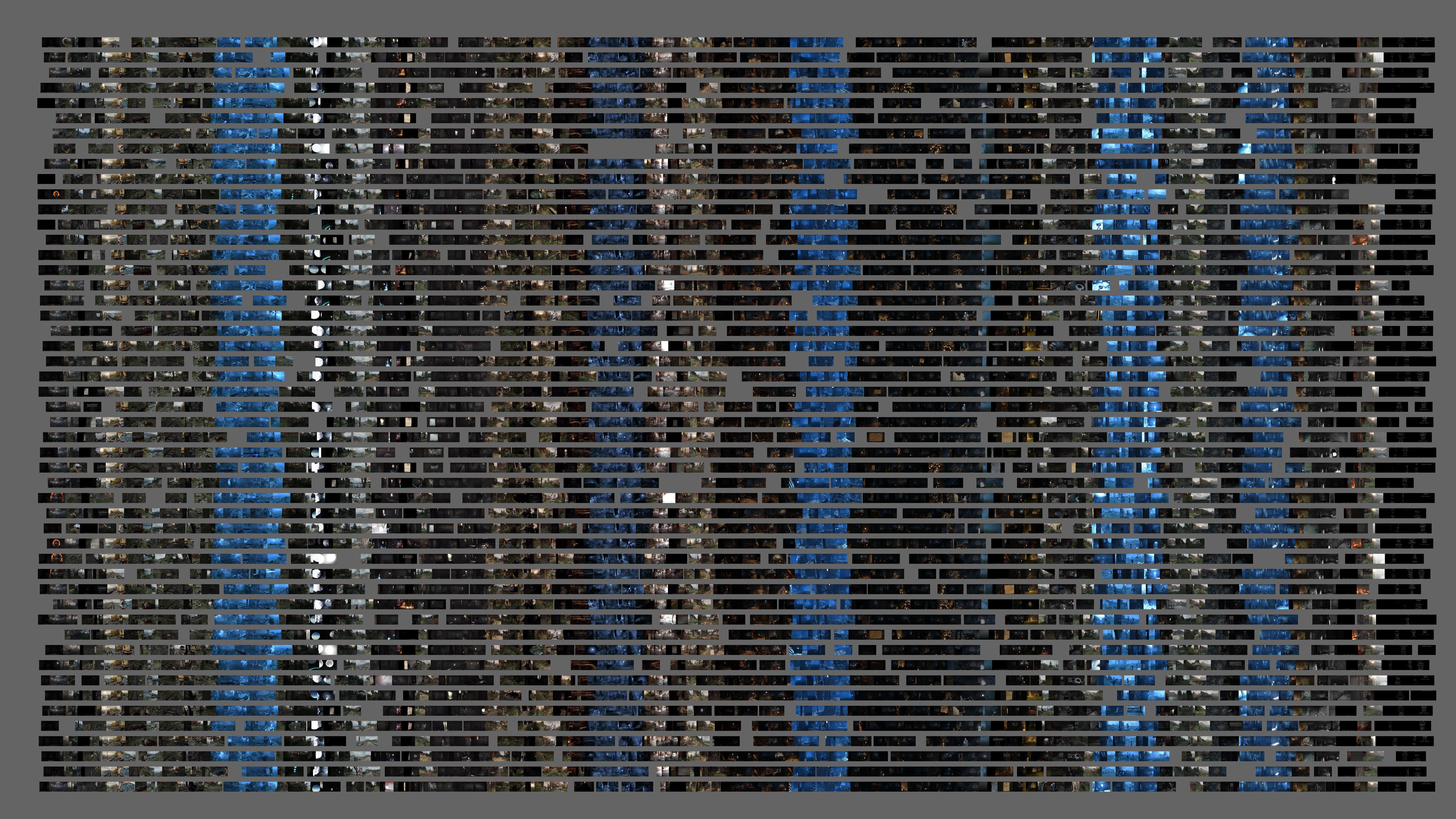 VE1 is an imageplot of a general walkthrough of the game, indicating that it is likely not the player’s first playthrough, yet also that they were not necessarily trying to play the game quickly. The playthrough is roughly average in terms of play time for the walking simulator genre. The imageplot reveals how Vanishing utilizes a regular cyclical structure, alternating between darker environments and blue scenes where the player is using Paul Prospero’s powers to solve a past murder. Interestingly, it also reveals that one of these murders is brighter and clearer than the others. 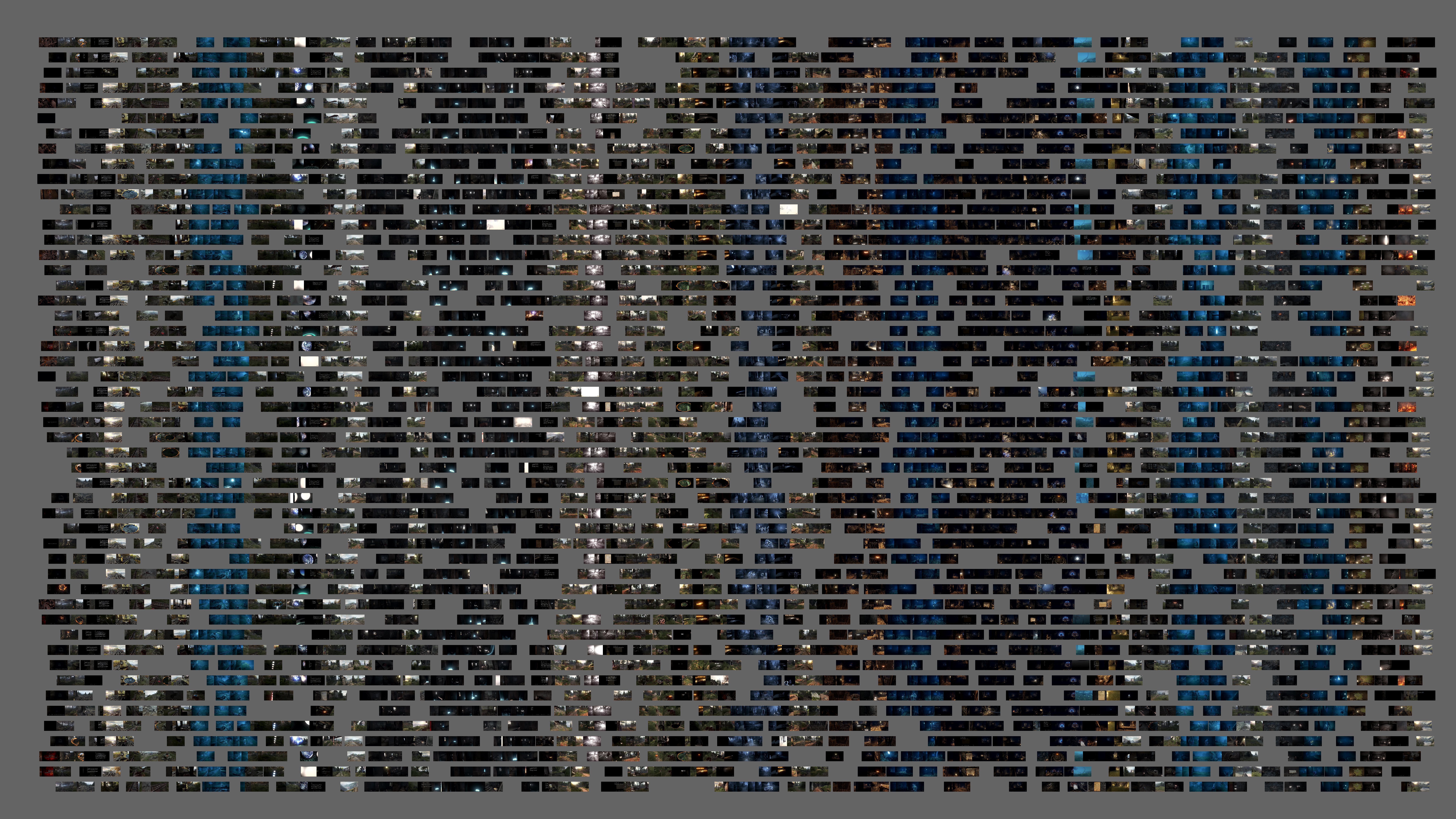 VE2 is also a general walkthrough of the game, and has almost the exact same structure as VE1. The different scenes of the game (indicated by different colors and objects visible in the images) occur at roughly the same points. The playtime is slightly longer than VE1, but not excessively so. 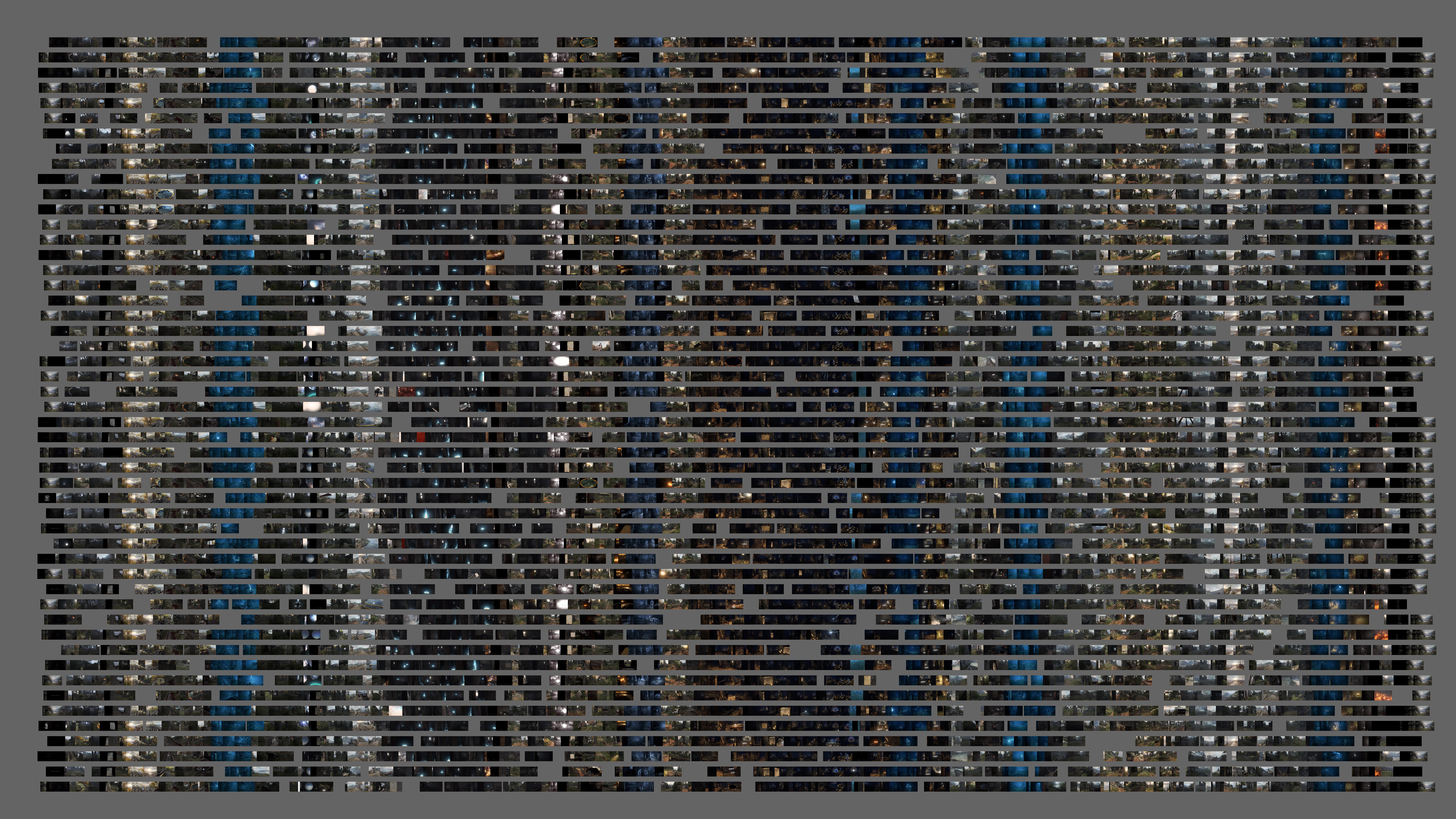 VE3 is the most different playthrough, as it is almost double the length of the others. It’s still a general walkthrough, however. The imageplot reveals how the length of the  murder scenes remains relatively the same however, causing those scenes to take up less of the overall playthrough and imageplot. In other words, the murder scenes take the same amount of time, even in a longer playthrough, causing them to be visually smaller in the imageplot.